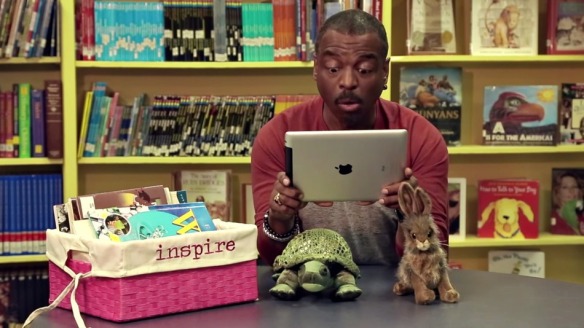 You did it, Internet readers. In just half a day, LeVar Burton’s Reading Rainbow campaign to raise $1 million on crowdfunding website Kickstarter has reached its seven-figure goal.

The money from nearly 23,000 donors will be used to bring Burton’s cult TV classic to a new generation of readers by building a web version for families at home, creating a classroom version for teachers and providing free access to it for schools in need.

The online campaign, fueled by buzz generated on social media, surpassed $1 million shortly before 8 p.m. ET on Wednesday. Burton, the creator and host of PBS’ series Reading Rainbow from 1983 to 2006, launched the Kickstarter project earlier in the day.