Researchers from New Zealand have restored the very first recording ever made of computer generated music. The three simple melodies, laid down in 1951, were generated by a machine built by the esteemed British computer scientist Alan Turing. READ MORE: Listen to the First Music Ever Made With a Computer | Gizmodo

Here’s a list of 100 (!) books about libraries and bookstores, including fiction and history. READ MORE: 100 Must-Read Books about Libraries & Bookstores | BookRiot

We must fight racism and stand up for human rights. Raising awareness is one of the ways. Treat kindly your family, friends, neighbours and every living thing.

Following a detailed investigation by Mic, Google has pulled a Chrome extension that was used by racists to identify and track Jewish people online. The plugin, called “Coincidence Detector,” added a series of triple parentheses around the surnames of Jewish writers and celebrities. For instance, visiting the page of Mic writer Cooper Fleishman, you’d see his surname presented as (((Fleishman))) — turning the symbol into the digital equivalent of the gold star badge used to identify Jews in Nazi Germany. Until Google banned it for violating its policy on hate speech, the plugin had just under 2,500 users and had a list of 8,768 names that were considered worthy of tracking. READ MORE: Google pulls Chrome extension used to target Jewish people | engadget

The Spotify playlist “1200 Years of Women Composers: From Hildegard To Higdon,” reveals that women started shaping what we now know as classical music far longer ago than most of us realize. (If you don’t have Spotify’s free software, download it here.) The playlist, which contains over 900 pieces and will take you days to listen to, begins in medieval times with the Byzantine abbess, poet, composer, and hymnographer Kassia and ends with female composers from around the world not only living but (especially by the standards of those who write orchestral music) still young, like Misato Mochizuki, Helena Tulve, and Lera Auerbach. This comes arranged by Spotify Classical Playlists, whose site describes how the playlist offers not just an anthology of women composers, but also “a brief history of western classical music…” MORE: 1200 Years of Women Composers: A Free 78-Hour Music Playlist That Takes You From Medieval Times to Now | Open Culture 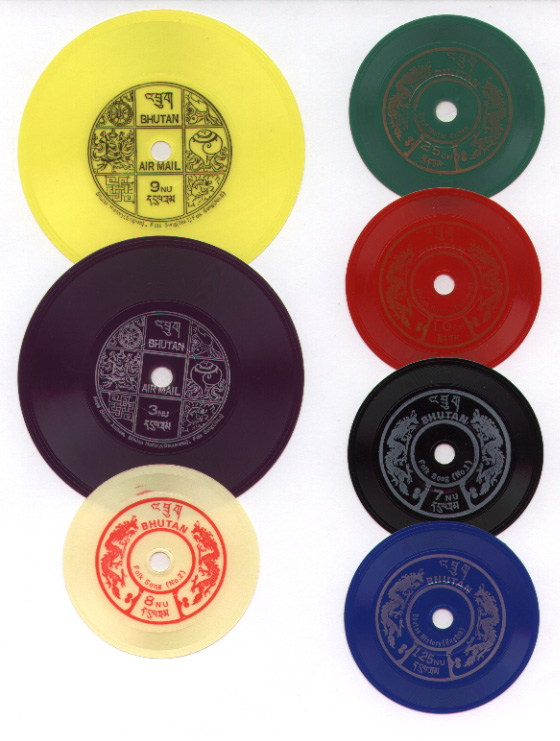 The tiny, Himalayan kingdom of Bhutan has a unique national aspiration that sets it apart from its neighbors, China and India. (And certainly the United States too.) Rather than increasing its gross national product, Bhutan has instead made it a goal to increase the Gross National Happiness of its citizens. There’s wealth in health, not just money, the Bhutanese have argued. And since the 1970s, the country has taken a holistic approach to development, trying to increase the spiritual, physical, and environmental health of its people. And guess what? The strategy is paying off. A 2006 global survey conducted by Business Week found that Bhutan is the happiest country in Asia and the eighth-happiest country in the world. It’s perhaps only a nation devoted to happiness that could throw its support behind this — postage stamps that double as playable vinyl records. READ MORE: Postage Stamps from Bhutan That Double as Playable Vinyl Records | Open Culture

Until Azriel Knight developed the film in his darkroom, no one had ever seen these photographs, or hundreds of others like them, dating back decades and showing everything from mundane life to the historically fascinating. “It’s easier than throwing the film away — I come across them by happenstance, by buying old cameras,” said Knight. “In the photos, a lot of the time the people seem really happy, so I figure they would probably like to have them back.” Like a voyeuristic Indiana Jones, Knight is an archeological treasure hunter, sifting through forgotten rolls of film for clues as to who lost them, and when and where they were taken.

Snip: I  do not think anyone ever counted the number of books in Chimen’s house, although he made partial efforts over the years to catalog his collection, and various book experts, some flown in from New York and others from London, spent weeks studying it after he died. Looking at the shelves, I estimated that there were probably close to 20,000 volumes in the house at the time of Chimen’s death. My father believed it was more like 15,000. Whatever the exact number of books at Hillway, it was staggering. And what made it more staggering was their quality. Chimen did not simply aim for numbers; he collected books and editions that were extraordinarily hard to find and, by extension, were worth their weight in gold. More important, they were the stuff of rebirth, ways to bring vanished pasts to life. READ MORE: My Grandfather Built a House of 20,000 Books From the Ashes of War | The New Republic 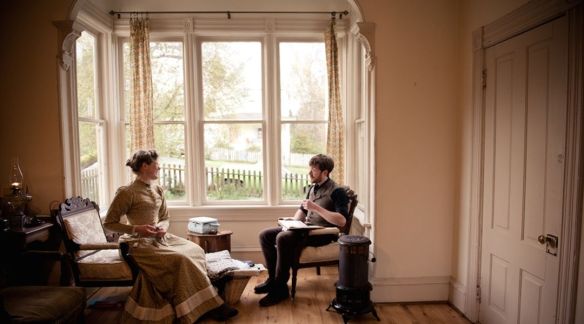 My husband and I study history, specifically the late Victorian era of the 1880s and ’90s. Our methods are quite different from those of academics. Everything in our daily life is connected to our period of study, from the technologies we use to the ways we interact with the world. READ MORE: I love the Victorian era. So I decided to live in it. | Vox

Since 1989, leisure reading groups have become a full-fledged phenomenon and are now found everywhere from offices to religious communities to, increasingly, virtual platforms. Although exact numbers are hard to come by, the New York Times reports an estimated 5 million Americans belong to a book club. Even more belong to online reading groups like those housed on the popular site goodreads.com, which has 40 million members. Large-scale book clubs even have the power to influence the publishing market. When Mark Zuckerberg announced in January he was starting an online reading group humbly titled A Year of Books, his first pick shot up amazon.com’s sales list, surging overnight from 45,140 to the top 10. The public, it seems, has fully embraced book club culture.

Or, at least, a certain demographic has. The population of in-person book clubs skews heavily toward college-educated women, and a large proportion of these groups are single-sex, either by default or design. READ MORE: Women’s Groups and the Rise of the Book Club | JSTOR Daily.