Ever, Jane is an online role-playing game set in the dramatic, romantic worlds of Jane Austen. It invites players to attend sophisticated dinner parties and fancy balls, share gossip, keep secrets, fall in love, get married and climb the ribbon-lined social ladder of Regency-era England. It is definitely not a sex game, though sometimes players get wrapped up in this universe of exquisite gowns and forbidden desire, and they simply can’t help themselves.

“Let’s just say that we had to put in private chat,” Ever, Jane creator Judy Tyrer says with a laugh. READ MORE: Sex and sexuality: The Jane Austen game breaking the MMO rules | engadget

Post Disclosure: I supported the Ever, Jane Kickstarter campaign by giving a small donation. Downloaded the beta version but unable to run software properly yet on my 2010 MacBook Pro Intel OS X Yosemite. Note to self: Buy new computer so I can play Ever, Jane.

All kids love building new worlds in Minecraft. But for those living with an autism spectrum disorder, it’s also providing them with ways to engage in school and build healthy social lives. READ MORE: Minecraft helps kids with autism build richer lives | CNET 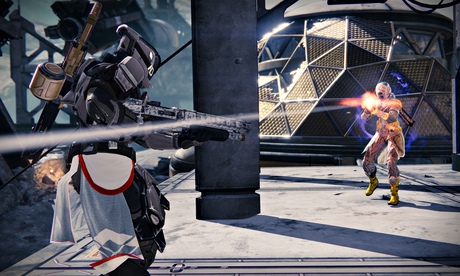 When Destiny launches next week, 10 million players will be let loose in an intricate, beautiful, interplanetary gaming playground.

READ MORE: Destiny: behind the scenes of the worlds most expensive video game | Art and design | The Guardian.