…Like TV it now increasingly entertains us, and even more so than television it amplifies our existing beliefs and habits. It makes us feel more than think, and it comforts more than challenges. The result is a deeply fragmented society, driven by emotions, and radicalized by lack of contact and challenge from outside. READ MORE: Social Media Is Killing Discourse Because It’s Too Much Like TV | MIT Tech Review

Although biologists and indigenous people have worked together for centuries, the relationship has tended toward friction. Scientists often looked askance at traditional knowledge, sometimes with harmful consequences for both science and indigenous livelihoods…

…”The hardest thing is to sit in a room with scientists who think they’ve discovered something, but their scientific discovery just confirms what our oral histories have talked about forever,” says William Housty, a member of British Columbia’s Heiltsuk First Nation and director of Coastwatch, a science and conservation program. “That’s been the biggest hump for us to overcome, to get people to think about our culture on the same level as Western science. “Rocky though the transition has been, wildlife biologists like Polfus are today pursuing more respectful and participatory relationships with indigenous people.

A lot of schools across the globe, especially in developing nations, don’t have computers with access to the internet. Project Empathy aims to address that issue by having classrooms with internet access participate in sharing knowledge with classrooms that don’t. Schools or classes willing to help can buy one of its kits, which are small devices equipped with a 64 GB microSD card, a Raspberry Pi, USB drives and other components. They then have to load the kit with content from the web, like Wikipedia articles or pages from NASA’s websites, that their recipients can tap into for their studies. The program was created by a startup called Outernet, which aims to provide developing nations free, one-way access to web pages via geostationary and Low Earth Orbit satellites. READ MORE: Project Empathy shares knowledge with unconnected schools | Engadget

There are no lawyers or courtrooms in John Grisham’s new thriller. There is not even a single bad guy. The protagonist is Paul, a 35-year-old suburbanite with a pretty wife, three beautiful children, and a tumor quietly swelling in his brain. One day his wife hears a loud thump in the bathroom. “She finds him on the floor,” Grisham writes, “shaking in a full-blown grand mal seizure.” And so begins “The Tumor,” one of the stranger literary digressions in recent memory.

Against the wishes of his agent, editor and publisher, the author famous for (and rich from) legal thrillers, from “The Firm” to “The Rogue Lawyer,” just published a free book whose hero is a medical device called focused ultrasound. Grisham says it’s the most important book of his career. READ MORE: John Grisham thinks his new book is so important he’s giving it away for free | The Washington Post 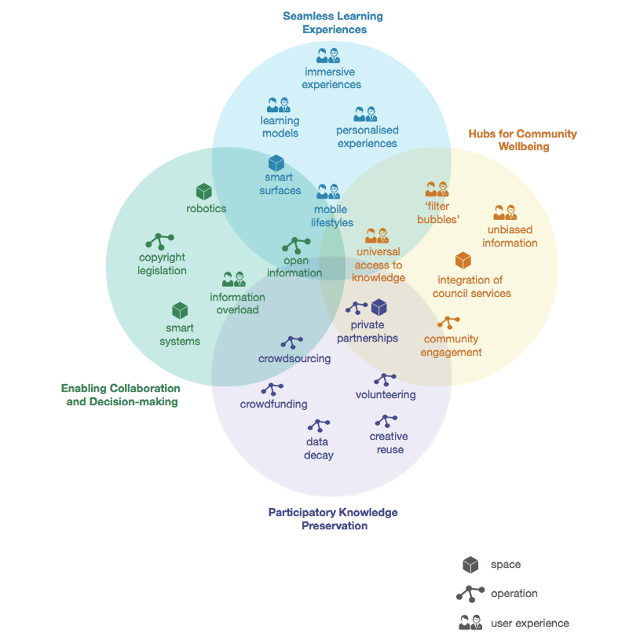 THERE ARE LOTS of things they don’t teach you in school. How to mesh music with technology, the way Jimmy Iovine and Dr. Dre have managed to do. How to navigate a post-Snowden security landscape. Why Ebola can help us fight other diseases. When it comes to living in the here and now, your education is incomplete. Good news: We’re about to school you. We’ve assembled the ultimate cheat sheet for the worlds of security and government, business, science, design, and culture. You’ll learn about the core people and concepts, as well as the go-to Twitter, Instagram, and Tumblr feeds that you absolutely must follow. Welcome to your crash seminar in the present. Feel free to take notes. READ MORE: What You Need to Know to Be Culturally Literate in 2016 | WIRED

Preparing students for successful careers is a major part of every educator’s job, but most preservice and professional development programmes don’t cover the skills employers are currently seeking–things like “emergent” leadership, adaptability, humility, and ownership.

At Google, hiring managers don’t care whether a candidate received perfect grades, served as president of the chess club, or even finished university. What they do care about–and what a rapidly increasing number of organisations care about–is soft skills like the ones mentioned above.

We need to be giving students more than a sum of knowledge reflected by a piece of paper. We need to be giving them the tools they need to be resourceful in a socially perceptive way, to innovate not just alone in a lab but with a group of colleagues, and to adapt when new requirements arise. READ MORE: 30 Tips to Cultivate Soft Skills in Your Students | InformED.

Just from reading some of Atwood’s answers to the reddit AMA, I feel I have been enlightened and transported to a surreal world!

Margaret Atwood, high priestess of an oracular temple deep in the digital Canadian woods, did a Reddit AMA Monday. Its great: she was asked all of the questions you might expect (Where do you see political dystopia today? Whats your ~process~?) and some you might not (Who is your fictional boyfriend?). Read on for the best bits. READ: Margaret Atwood Ruins a Marriage, Talks Memes, Politics in Reddit AMA | Jezebel

In 2004 a small website appeared that contained a browser-based game called Notpron, which has since been hailed as “the hardest riddle on the Internet.” It consists of a series of 140 puzzles and riddles that get progressively more complex. Completing the game requires knowledge in a diverse range of fields including HTML programming, sound and graphics editing, music apprehension, research skills, and even remote viewing.

Out of the 17 million players that have attempted the game in the last decade only 31 have completed it. That’s just one in every 550,000 players–or, to put it another way, the chances you’ll be hit by lightning once in your lifetime are 41 times greater than they are for you solving Notpron.

To celebrate the games 10th anniversary I asked David Münnich, Notpron’s creator, to go down the rabbit hole of how and why it was created–and what it all means.

The new narrative in education, echoed from Silicon Valley to Washington, D.C., is: “Everyone should learn to code.” But something’s getting lost in translation between technologists and parents of students around the country. Let’s get this out of the way: Not everyone needs to learn how to code. Coding is just one part of the constantly evolving technological landscape. There’s a big difference between learning how to code and having a fundamental understanding of how technology and software operate. Of the two, the latter is way more important for most people. What students—and, really, anyone who wants to function in careers in the future—should learn is how to be digitally literate.