Microsoft and Dropbox are expanding their already close partnership with the reveal of a new integration that will now allow consumers to edit their Microsoft Office files, including Word, PowerPoint and Excel documents, in Dropbox using Office Online via the web.

Previously, many of these edits would have taken place using Microsoft Office’s desktop applications – which also meant that you would have to be at a computer where the software was installed. The online option makes the service more flexible, as you can edit your files from any computer, including a borrowed machine or a shared computer, like a business center’s kiosk PC, for example.

To use the new feature, you’ll click the “Open” button when you’re previewing the file on the web, Dropbox explains, and then you’ll have the option to edit the file from your web browser using Office Online. The option is available to Dropbox for Business customers who have an Office 365 license as well as Dropbox Basic and Pro users, and those who are on the free tier of Office Online. The only requirement for using the free tier of Office Online is creating a free Microsoft account, the company says. 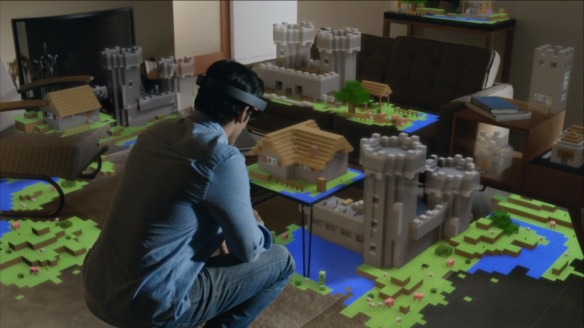 Microsoft introduced Windows Holographic, a technology that gives us a “world with holograms,” during its Windows 10 event on Wednesday. It would let a user transform one’s living room into a “surreal gaming environment,” according to the company.

There are no wires. No external cameras.

It works with Microsoft’s HoloLens headset, which allows users to wirelessly view holograms. Both the HoloLens and Windows 10 are slated to be available this fall.

Is your life a hotch-potch of missed deadlines, forgotten shopping and reneged commitments? Sounds like you need to get organized. Where better to start than with hard numbers and figures? For this, you might want to take advantage of the many spreadsheets available on Vertex42 that allow you to keep track of your time, belongings, projects and money. Here are 10 of the best. 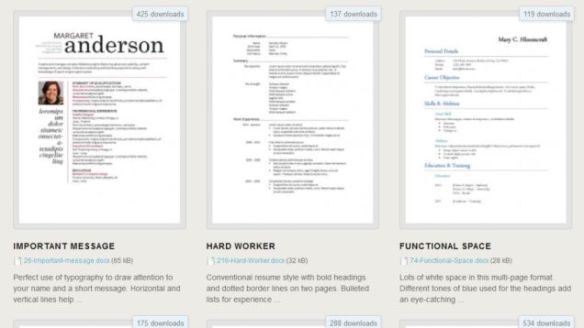 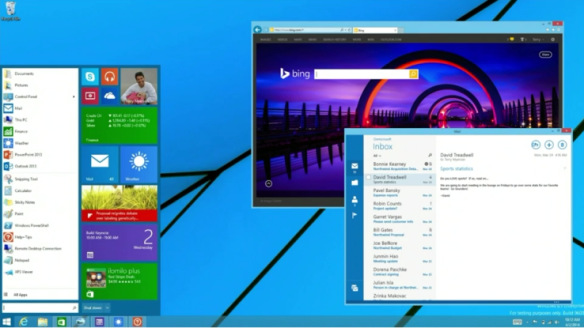 Microsoft’s Terry Myerson today announced that Microsoft is “all-in” with the desktop. Indeed, while he wasn’t quite ready to announce Windows 9, he did show off how Windows 8.1 will soon get a new version of the beloved Start menu back.

When Microsoft removed the Start menu, quite a few of its users were upset, and this move did indeed make Windows 8.1 harder to use for many. The new Start menu will combine live tiles and other Metro-influenced UI elements, as well as most of the features still available in the Windows 7 menu.

In the future, all of Microsoft’s Universal Windows apps will also run in a window. That sounds like the company is backing off a bit from its Metro interface on the desktop.

This is great news! I provide volunteer computer coaching at my community library and I groan every time a patron comes in for help with Windows 8 (which is often!). The interface is problematic, so bringing back the start button (and hopefully making the metro interface optional) is a very welcome improvement.

No matter what you think of Windows 8, it’s certain that Windows is both iconic and significant in the evolution of personal computing. It’s a series of operating systems, of course, but it’s also been a concept, a way of thinking, an influencer, and a touchstone for 30 years since Bill Gates introduced it on November 10, 1983.

The “Interface Manager” that would become Windows went into development in 1981 and finally had its public release as Windows 1.0 in November 1985. This first stab wasn’t actually a full OS, but more of a “graphical shell” that extended MS-DOS to have a user interface, as it is known today.

But Windows 1.0 had many defining OS features, like a calendar, clock, Microsoft Paint, a text editor, terminal, and clipboard. Windows allowed users to view multiple program windows at once, yup, though they couldn’t overlap at all. The early days of tiles! And 1.0 enabled data transfer between programs. Plus, it came with drivers for things like keyboards and the Microsoft Mouse, which had debuted earlier in 1983.

30 years seems simultaneously like an incredibly long time and a quick blur when you consider how Windows has evolved and spread to dominate between 80% and 90% OS marketshare. Windows 8 made it clear that Microsoft views interactive touch integration as crucial to a PC operating system going forward into the fourth Windows decade. Too bad hyper Ballmer ads won’t be the face of the next era.

Intel Has Acquired Kno, Will Push Further Into The Education Content Market With Interactive Textbooks | TechCrunch
We had a tip about, and have now confirmed, Intel’s latest acquisition: Kno, the education startup that started life as a hardware business and later pivoted into software – specifically via apps that let students read interactive versions of digitized textbooks.

It’s no secret that Bing has been waging an uphill battle to stay relevant, and now, Microsoft is hoping that its partnership with Pinterest will be enough to win you over. The Bing team’s latest effort combines its own search results with a new feature: image collections, a supplement that presents related Pinterest boards to the right of your main results. 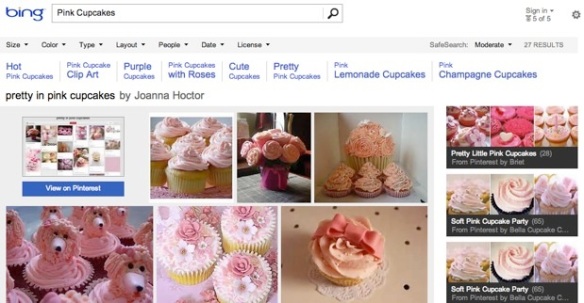 Game consoles have historically been their own little colony off to the side of technology. For a while that’s because they were seen mainly as an expensive kids’ toy, and later because they weren’t germane to the music sales or laptops or iPods battles of the time. Now, though, as we’re digitizing everything in our lives, that TV-connected box in the middle of every family’s living room is suddenly looking pretty important.

Google, Apple, and Microsoft want to be your one-stop digital shop. All three have a desktop OS and a mobile OS. All three are making their own hardware now. They all have stores where you can buy movies and music, and they all have their own music streaming service. They are all branching out, increasingly, into more and more parts of your life. Apple’s in your car. Google’s on your face. Microsoft is already in your living room. But their offerings are too spread out, too fragmented.

The ultimate for all of these companies, and for you, is One Device. It’ll control your music system and TV, and it will shepherd all your messages and access all of your photos and movies. It will also probably play your video games.