For all the hype around augmented reality, Google’s Tango technology hasn’t exactly set the world on fire. In fact, the second handset to support the tech – the ASUS ZenFone AR — was only announced last week at CES.But there’s certainly a chance for Tango to have life beyond the consumer space. The Detroit Institute of Arts is looking to the tech as a way to engage museum-goers, following in the footsteps of last year’s MWC-tied play by Barcelona’s Museum Nacional d’Art de Catalunya. READ MORE: A Detroit art museum is leveraging Google Tango for an AR history lesson | TechCrunch

In depth, informative long form post on all aspects of AR, MR, VR and Magic Leap.

Virtual reality is posed to become a fundamental technology, and outfits like Magic Leap have an opportunity to become some of the largest companies ever. READ: The Untold Story of Magic Leap, the World’s Most Secretive Startup | WIRED

With its Color Alive line, Crayola was the first company to merge coloring books and apps so kids could bring their on-page creations to life. But Disney Research is taking that idea one step further by letting kids see a coloring book character move in 3D while they’re still coloring it. It’s all made possible by a new augmented reality app that Disney Research has developed that’s able to track and capture real-time images from a mobile device’s camera, and then map them onto any 3D deformable surface. READ MORE: Disney Has Invented 3D Coloring Books | Gizmodo

Made specifically for Samsung’s virtual reality headset, the Gear VR, MansLaughter is billed as the first-ever VR feature film. The brainchild of filmmaker David Marlett, the movie brings viewers into the world of a cold-blooded killer, letting them choose how they watch the story unfold in a unique way made possible only because of VR. READ MORE: Choose-Your-Own-Adventure Murder Mystery Could Be First VR Feature Film | Fast Company | Business + Innovation.

Super-interesting! If you are a fan of coding camps and makerspaces this would be a good article to read to get an idea of what’s on the horizon in gaming development, gaming innovations and interactive/social gaming.

From the rise of gamer parents to transparent game design, a step-by-step prediction of how games will be made over the next five years. READ: 16 trends that will define the future of video games | Technology | The Guardian

When a young woman in New Delhi, India, was brutally gang-raped on a bus in December 2012, making international headlines, Ram Devineni wasn’t going to stay silent. The filmmaker and artist marched in the streets alongside other protesters, calling for swift justice and systemic change to the all-too-common violence against women that plagues the country.

When he asked a Delhi police officer what he thought about the young woman’s assault, the officer told him, “No good girl walks home alone at night,” implying that she either provoked the rape or, worse, deserved it. His words reflected the misguided, patriarchal view that permeates much of Indian society, silencing women even further with social stigma.

“I realized at that moment that this was not a legal issue, but a cultural problem,” Devineni tells Mashable. “As a filmmaker and as an artist, I wanted to really address this in a cultural context.”

That’s why, two years later, he created and directed the transmedia comic book Priya’s Shakti — a story about the titular Priya, a gang-rape survivor-turned-superhero who partners with a Hindu goddess to fight sexual violence and challenge the patriarchy.

Co-written by Vikas K. Menon with artwork by Dan Goldman, the comic book is the first of its kind to use augmented reality and image recognition, using various media to tell the story of fighting back against sexual assault. 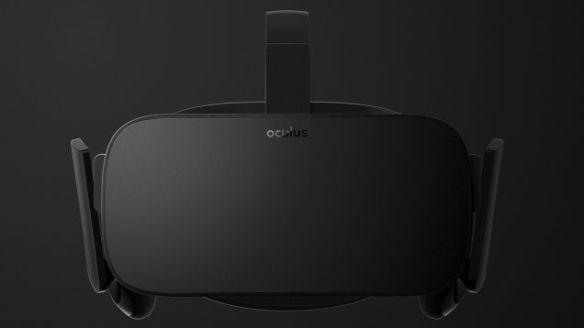 Virtual reality is coming—and now, we finally know when. You will actually be able to buy a real, consumer version of the Oculus Rift in the first quarter of next year. You’re looking at it right now. Let me repeat: this is not another prototype. READ MORE: Say Hello to the Final Oculus Rift—Coming 2016 | Gizmodo